Music in film is motivated by the plot and designed to respond to, enhance, and interact with various aspects of mise-en-scène and cinematography. Filmmakers may license specific performances of classical or popular music, or they may commission pieces specifically composed for their films. Sometimes, characters in a film would play music, too.

There are many renowned film music composers who specialize in matching musical motifs to films’ needs and narratives. Some directors work with the same composers on multiple occasions. 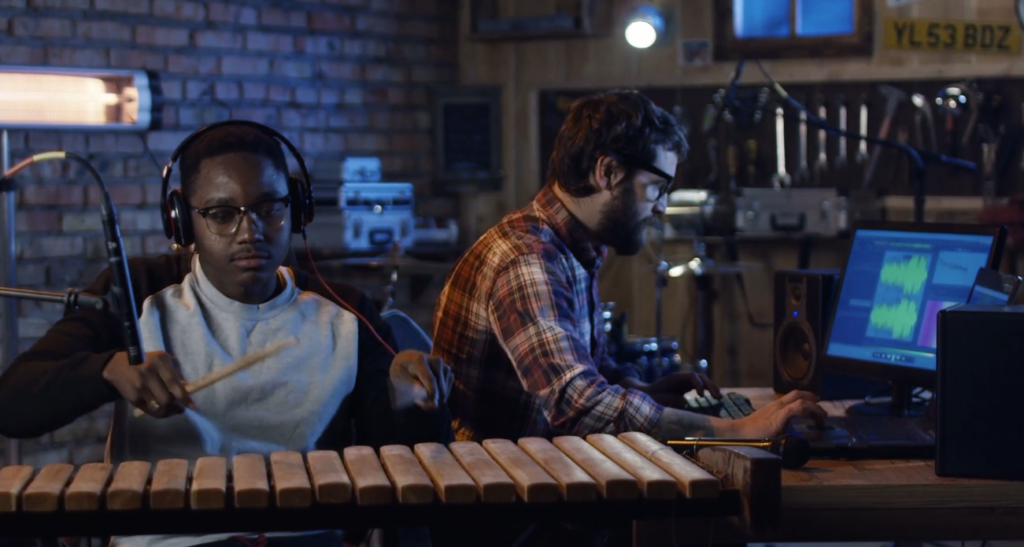 Music can support (strengthen) or contradict (counterbalance) the image.

The final scene of Ed Fraiman’s A Midsummer Night’s Dream (2005) in the BBC Shakespeare Re-told series uses light music to support Puck’s lighthearted Epilogue. Puck delivers his Epilogue from a sun-drenched treetop. In this instance, the film music matches the mood and helps to tell the story.

Film music can also play a more ironic role when there is contrast between music and the image. Counterintuitively pensive music accompanies shots of the launch and explosion of nuclear missiles in the final scene of Terminator 3: Rise of the Machines (dir. Jonathan Mostow, 2003). John Connor (Nick Stahl) survives the attack, with his future wife, in a bunker. He narrates the start of apocalypse over the peaceful music, which underscores Connor’s Pyrrhic victory, a victory that is tantamount to defeat because the “victor” sustains such a devastating toll.

Music does not have to fill every scene of every film. Renowned Japanese film director Akira Kurosawa uses music sparingly. The melancholic score by Tōru Takemitsu is used sparingly for only 32 of the 160-minute-long Ran [Chaos], Kurosawa’s well-received adaptation of King Lear.

Further, he employs atonal soundtracks that seem to work against what is being depicted in a scene, creating a sense of detachment.

Alexa Alice Joubin observes that “there is a jarring or jolting effect that is not present in post-1990s Hollywood film adaptations of Shakespeare, such as those of Kenneth Branagh.”

In Branagh’s films, the function of music is to cue and direct emotive responses. In Branagh’s Henry V, Patrick Doyle’s heroic musical theme—already threatening to engulf Derek Jacobi’s passionate delivery as Chorus—swells to float Branagh’s speech “once more unto the breach” (1.3.1), setting the tone and stage for the speech to motivate soldiers to launch another attack of Harfleur. Scholars tend to agree that Doyle’s scores are “characteristically sweeping and grandiloquent. 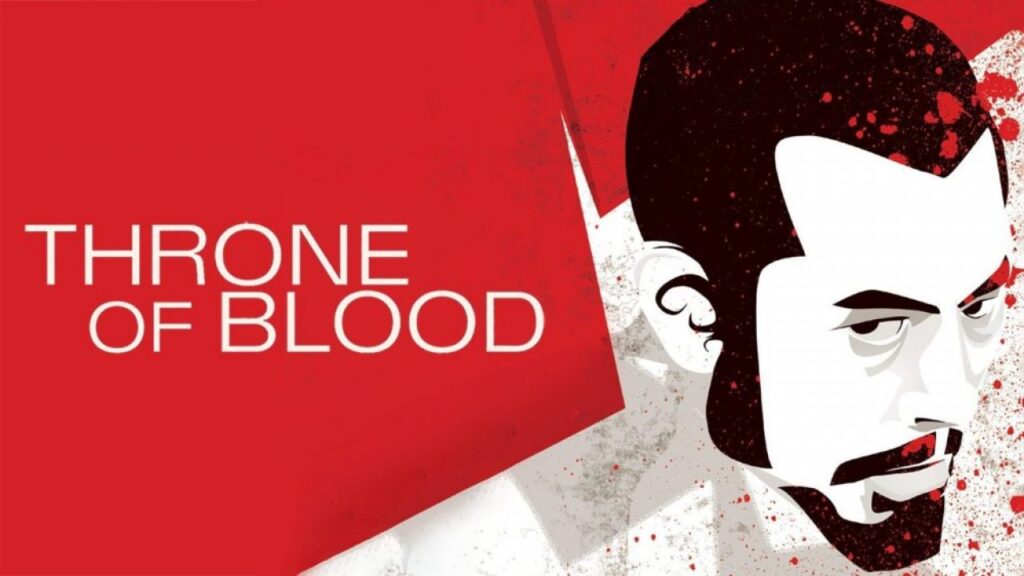 By contrast, the soundscape in Kurosawa’s Throne of Blood, an adaptation of Macbeth, creates a chilling effect. Satō Masaru’s Throne of Blood soundtrack is presented in an understated manner, yet its piercing bamboo flute at times resembles shrieks.

Music in Throne of Blood plays a number of roles in the grim cinematic narrative. A more conventional use is found in the scene where Kunimaru Tsuzuki (Duncan) and his retinue arrive at Washizu’s (Macbeth’s) castle.

Shots of farmers in the field are supported by light music and beats. As the new lord of the North Castle, Washizu seems content in his position and new community.

The blissful, if brief, scene of farmers working under pleasant sunlight and young characters rejoicing in some kind of paradise stands in stark relief to the rest of the film, which advertises a grim outlook based on Shinto-Buddhism’s idea of retribution.

Most of the other scenes in the film use atonal music either to convey messages that seem at odds with the visual themes or to create a sense of alienation. Nature is depicted as a fearsome force that is indifferent to human suffering and striving.

One sonic strategy Kurosawa employs is using sounds to contrast with visual or verbal signs. When Lady Asaji denies she is possessed by supernatural powers, drum beats and the high-pitched Noh flute suggest otherwise.

Sometimes the film reframes otherwise familiar sounds to create a sense of horror and perversion. For example, early in Throne of Blood, when Washizu (Macbeth) and Miki (Banquo) encounter the mysterious mountain spirit (a composite of Shakespeare’s three witches), composer Satō uses Noh musical motifs to create a sense of estrangement in the dense forest.

We encounter the lost soldiers through Kurosawa’s signature long shots and panning shots as they gallop disoriented back and forth through the woods.

Diegetic sounds of rain, galloping, and whinnying are interwoven with the Noh flute that exists outside the world of Washizu, creating a sense of otherworldliness. The single long pitch of the flute is unsettling.

Alexa Alice Joubin writes that “familiar sounds become terrifying because in this context the familiar sounds evoke the unknown. Everyday sounds such as horse galloping become eerie and unnatural in the soundscape. As the narrative progresses, the flute seems to become an aural signifier of supernatural power or spirit.

In film, a disembodied voice is often more authoritative, mesmerizing, sinister, or all of the above. We hear the laughter of the mountain spirit, for example, in the fog.

The occasional note of the flute piercing the silence further heightens the sense of isolation.

Music plays an important role in Baz Luhrmann’s campy film William Shakespeare’s Romeo + Juliet (1996). Many scenes draw on the patterns of pacing, cuts, and use of music that are typically found in MTV-style music videos.

Your Turn:     Analyze the use of music in the opening sequence of Luhrmann’s film beginning with the operatic music.

Answer Key:     This opening sequence features an aurally rich, multilingual soundscape. A soundtrack of Craig Armstrong’s “O Verona” accompanies the live-action shots in “fair Verona” in the second iteration of the Prologue.

In terms of the operatic soundtrack in the MTV-like sequence with a male announcer, “O Verona” was inspired by Carl Orff’s musical setting of the medieval poem “O Fortuna” (as part of his cantata Carmina Burana). “O Fortuna” was not available for licensing, and “O Verona,” replete with echoes of the motif of “O Fortuna,” served as a stand-in.

“O Verona” is a spin-off and possibly a parody of “O Fortuna” for both pragmatic and metacinematic reasons. Equally significant is the fact that the choir sings the Prologue in Latin, interspersed with the announcer’s purposeful, methodic, and measured delivery of the Prologue in English. From the 1980s through the early 1990s, “O Fortuna” was used and abused in countless films, such as Excalibur (dir. John Boorman, Orion Pictures, 1981), and trailers of period, fantasy, and action films.

Due to its overuse, it became a cliché and began to take on ironic meanings. Starting in the mid-1990s, “O Fortuna” has appeared in such parodies as the trailer of South Park: Bigger, Longer & Uncut (dir. Trey Parker, Paramount Pictures, 1999).