Many screen adaptations of the classics are informed by social justice concerns. Films construct a social space—a space for socialization and discussion of social justice issues—where the characters’ and audiences’ universes intersect. Some films imagine the classics to have a remedial effect on our society. Others illustrate the questions of inequities raised by the familiar, canonical story. These works use their literary sources to host social reparation.

While, in the U.S., “reparation” often refers to remediation of historical injustices, such as efforts to restore land rights to indigenous people, I use the notion of social reparation here to theorize remedial uses of Shakespeare in adaptations that give artists and audiences more moral agency.

Inspirational narratives, in particular, have instrumentalized the canon to serve socially reparative purposes.

Socially progressive film adaptations remedy injustices in our times and power asymmetries that inform Shakespeare’s play. In this sense of reparation, we might say artists have “rescued” Shakespeare from a patriarchal tradition of interpretation. The ills these works seek to mend include misogyny and attitudinal biases against homosexuality.

The recent social justice turn in the arts has given relevance and purpose to art. Emotional investment in a story spurs people into action, and it is validating and encouraging for audiences to see themselves represented on screen.

While analyzing films, we can also bring social justice concerns to bear on “imperfect” specimen. Here are some examples: 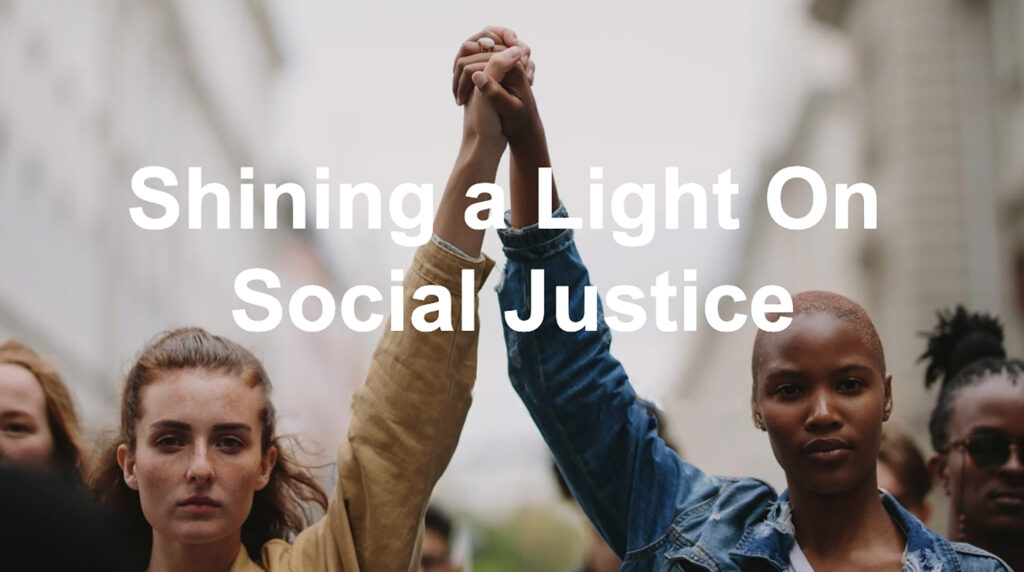 People often feel uncomfortable or are reluctant to discuss identity politics or talk about who we are as a society. This course provides you with a tool box of critical theories to discuss these topics.

The first rule of thumb is that we should always use people-based language, by which we mean words that put people first and humanize people. Some examples include wording such as people with disabilities. Instead of saying the insane, we should say people with mental health conditions.

So that we do not unconsciously assume one group is more normal or more valuable than others, we should also pay attention to able-bodiedness. Someone may be socially disabled in one context, but able-bodied in another context.

Gender-neutral (or better: gender inclusive), identity affirmative language is also very important, such as queer people. In general, it is preferable to defer to terms that a community prefers rather than labeling them on our own.

Here is a short lecture by Professor Joubin on socially inclusive language.

Even flawed films can serve as a productive specimen, in the anthropological sense, for discussion of social justice. Consider, for instance, the politics of gender behind film trailers. Trailers often feature low, masculine voices in their voice-over narration. Lake Bell parodies and critiques this tradition in In a World (2013):

Film trailers in each era have their own conventions and different “social justice quotient.” Read more about theories to analyze film trailers in the Lesson Unit here.

There is a long tradition of using literature as coping strategy. Works such as Malcolm X (dir. Spike Lee, 1992) have played key roles in American civil rights movements and current struggles for racial equality, and Tony Kushner’s play Angels in America has been an iconic text in the gay movement. Likewise, adaptations of Hans Christian Andersen’s The Little Mermaid are a constant point of reference among young trans girls in mainstream media. Meanwhile, renowned for their all-female productions, London’s Donmar Warehouse (led by Phyllida Lloyd) aims to “create a more … functional … society and inspire empathy,” because they “believe that representation matters; diversity of identity, of perspective, of lived experience enriches our work and our lives.”

As Alexa Alice Joubin and Lisa Starks have argued, “literature gives language to victims of psychological trauma who lose speech.” Adaptations offer a simultaneously distant and personal relationship to literary works, allowing, as Joubin notes, us to discuss sensitive topics through fiction “without putting individuals on the spot and without requiring them to engage in uncomfortable, public forms of confession.”

As a familiar and canonical playwright, Shakespeare has often offered orientation and even emotional refuge both to people in crisis and to those contemplating it. Joubin’s research reveals that “King Lear became a political allegory of division in the post-Brexit era, and Anglophone pop culture gravitated towards Shakespeare through memes and quotes during the global pandemic of COVID-19. Shakespeare’s plays have also been used to depict largescale social dislocation. Kozintsev’s 1971 film of King Lear opens with an anxious multitude gathering to learn the fate of the kingdom.

More recently, in Richard Eyre’s 2018 film King Lear, Anthony Hopkins plays an exiled Lear who finds himself an unaccommodated man. He stumbles upon and overnights in a refugee camp under pouring rain, wandering among makeshift tents. 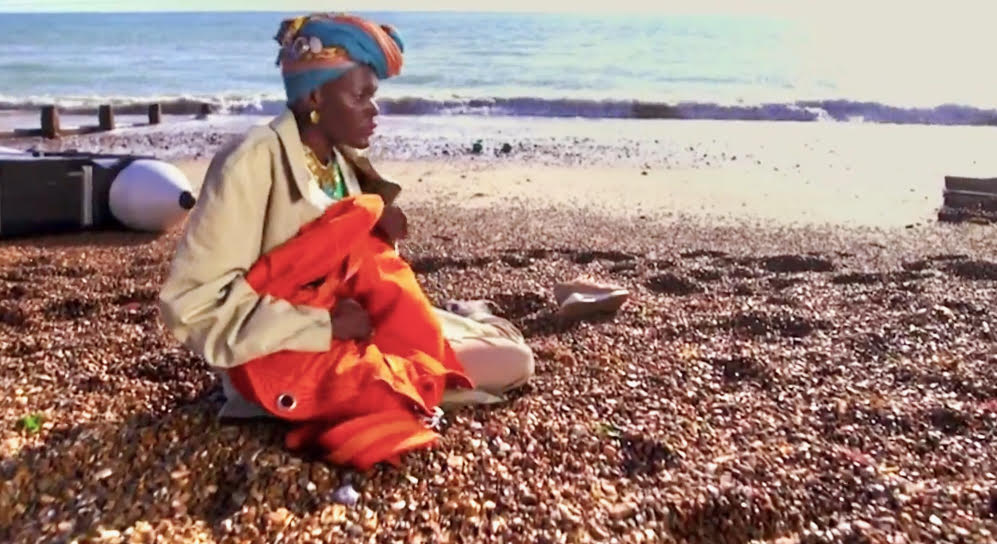 Twelfth Night is a “coming out” story of self-discovery. Read more about the comedy and the full text on Folger Shakespeare Library’s open-access site.

First, watch the opening scene where Viola (played by Sheila Atim) is washed ashore in Illyria and assumes that her twin brother Sebastian has drowned. How does the film connect the image of a shipwreck victim to our contemporary refugee crisis?

Context: Europe’s recent refugee crisis, peaking in 2015, saw over one million asylum seekers, driven by wars and environmental disasters, arrive in Europe from Syria, Afghanistan, Iraq, and elsewhere. Taking the social media by storm was a photograph of three-year-old Aylan Kurdi lying face down on a sandy beach in Turkey. “The Syrian boy’s lifeless body had washed ashore after the rubber boat carrying him and his family — to what they had hoped would be new lives in Greece — capsized.”

Next, watch this viewtorial of the scene produced by the film studio Shanty Production. The short video features the opening scene and Professor Carol Chillington Rutter’s explanation of contemporary relevance of Twelfth Night not only to the refugee crisis but also transformations of life.